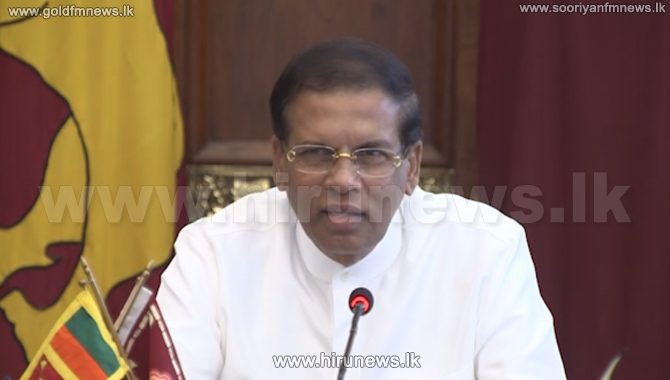 President Maithripala Sirisena had a discussion with the Ceylon Electricity Board Engineers Association at the President’s office on the way forward to protect environment, prosper the economy while building electricity industry.

The Engineers Association has proposed in length on planning of future locations to build power plants, to implement wind power plants subsequent to hydro power.

The Engineers Association also brought awareness to the president on the challenges raised by extremist forces against the low cost power plants planned by the Ceylon Electricity Board.

This was the first time a president of the country visited the 400 year old Gorakana Purana Kande Viharaya.