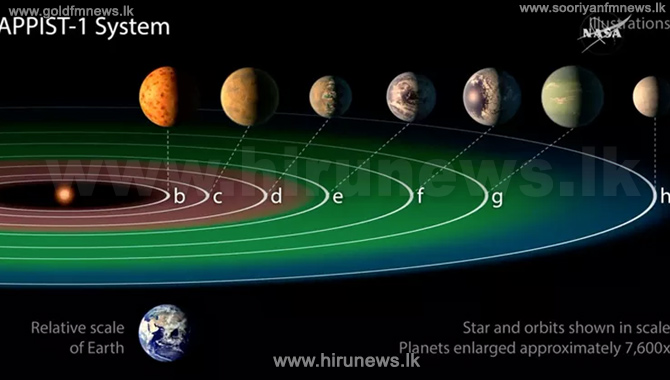 Space Agency NASA announced that it found, along with partners across the world, seven potentially Earth-like planets orbiting a star 40 light-years away.

The lead author of the Nature paper, Michaël Gillon, announcing the discovery has said in a press conference that this was the first time so many planets of this nature were found orbiting a same star.

He added that these seven planets ‘could have some liquid water and maybe life on the surface.’

Three of the planets are directly in the star’s habitable zone, meaning water can mostly likely exist on the surface of them, reports say.

One of them, Gillon said, has a mass “strongly to suggest a water-rich composition.”