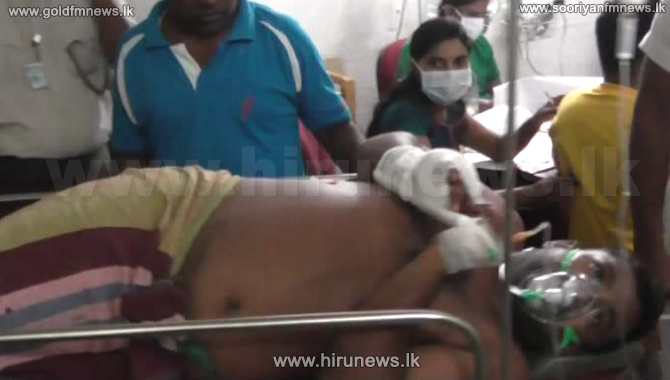 Batticaloa District Director of the Land Reform Commission was shot at by an unidentified group last night at his residence in kalawanchikudi.

Director Wimalaraj Nashen sustained injuries following the shooting and has been admitted to the Batticaloa hospital for treatment.

A hospital spokesperson confirmed that he was shot in the arm.

Wimalraj Nashen was in the spotlight after he stood against the illegal acquisition of government lands in Erawur, Batticaloa.

As a result of the Hiru CIA programme airing, a group of individuals who had illegally acquired land and had been engaging in construction were arrested and produced before courts.

Meanwhile, 5 police teams under the patronage of the DIG in charge of Batticaloa, have been deployed to arrest suspects connected to the shooting.