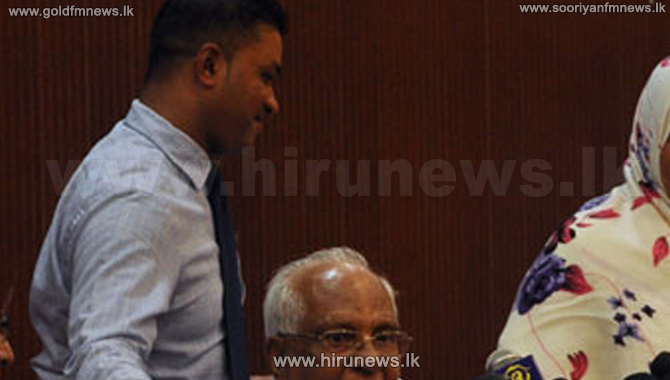 SAITM CEO Dr. Sameera Senaratne says that he will sue those who make allegations against him labelling him as a quack.

He stated this to our news team after returning to the island from his overseas travel.

All Ceylon Medical Officers Association stated in a recent communiqué that SAITM CEO Dr. Senaratne who is also functioning as the Director of the Medical Faculty of SAITM has not registered with the Sri Lanka Medical Council.

Association Secretary Dr. Jayantha Bandara further stated in his communiqué that Senaratne has no right whatsoever to pose as a medical doctor under such circumstances.

At the same time, he made a complaint to the Police Headquarters asking police to take action against Dr. Senaratne.

Meanwhile, Sri Lanka Medical Council stated in a notice issued on February 20th that Senaratne is not a medical practitioner registered under the Council.

The registrar of the SLMC further stated that the particular information is confirmed according to the Medical Act.

However, Dr. Senaratne says that SLMC has accepted his medical degree earned from a foreign university.

All Ceylon Medical Officers Association which reconfirmed its previous allegation against Dr. Senaratne stated that the Association is ready to face any legal challenge.