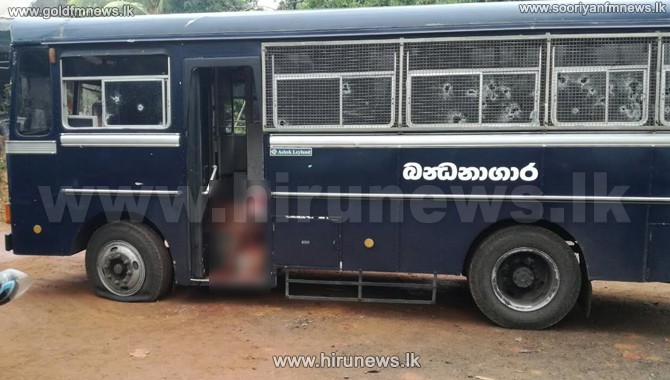 Two prison officers are among the deceased.

Three others are currently receiving treatment.

Police media said that a group opened fire at a prison vehicle that was on the way to Kaduwela Court from Kalutara Prison.

The shooting was carried out by a group traveling in a cab. They have fled the area following the attack.

A prison officer is among those killed, police added.

Samayan was remanded till the court hearing today after he was arrested following several accusations including the murder of six people, three in Nawagamuwa Police Division.

He was also subjected to a shooting at Gangodawila Magistrate’s Court premises on September 23, 2015.

Gunshots were fired at a prison vehicle in Kalutara.

Meanwhile, one died and three others were injured following the shooting.