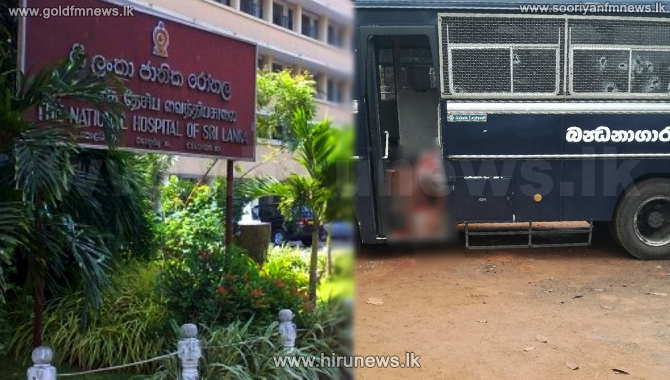 Minister of Prison and Rehabilitation D.M. Swaminadan says that police should be held responsible for the shooting at two prison buses near the Kalutara prison this morning.

He said that police protection had been sought yesterday to take the suspects but the police had in return informed that they cannot provide security due to a lack of manpower.

Meanwhile, investigations into the shooting revealed that the assailants had worn clothing similar to police uniforms.

Meanwhile, The Prison Department has appointed a committee to probe the incident.

Prisons Media Spokesman Thushara Upuldeniya said that the five dead suspects including Aruna Damith Udaya Shantha alias Samayan were detained at the Kalutara prison due to threats to their lives.

Five suspects and two prison officials were killed when a group of assailants opened fire at a prison bus near the Kalutara Prison this morning.

An unknown group had arrived in a double cab had blocked the way of the prison bus which was transporting a group of suspects at 8.30 this morning.

Meanwhile, another unknown group has ambushed the prison bus killing the seven persons travelling in the vehicle.

The police said that the assailants had also shot at other prison bus which was escorting the one that held the prisoners.

Three prison officers who sustained injuries are receiving treatment at Nagoda hospital and while surgery has been done on one of them.

A hospital spokesman said that another critically injured prison officer was transferred to the Colombo National Hospital for further treatment.