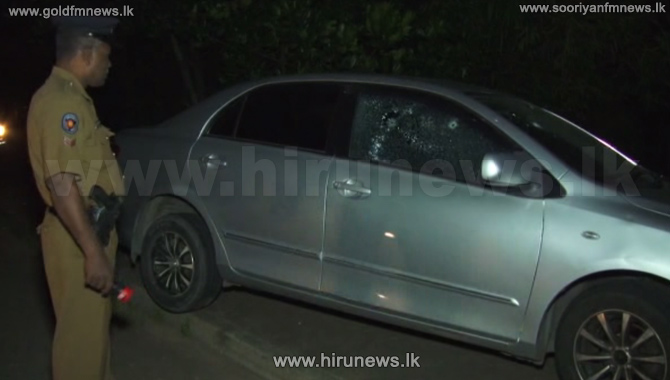 Police have initiated investigations to arrest a former Pradeshiya Sabha member and a driver attached to a local government institution in connection with the shooting at the motor car of SAITM CEO Sameera Senarathna.

Police said that the duo has fled the area a few days after the incident.

It has been confirmed that the shooting at SAITM CEO Sameera Senarathna was a premeditated ruse.

It was revealed during the investigation that the hoax was organized to show that there are threats on Senarathna’s life.

A suspect from Ambilipitiya was arrested in connection with the incident and has been remanded until March 13th.

Two shots were fired at the motor car in which SAITM CEO Sameera Senarathna was travelling in the night on February 6 at Mulleriyawa.

In the meantime, it is reported that the management of the Malabe Private Medical School suspended Sameera Senarathna from service with effect from this afternoon.