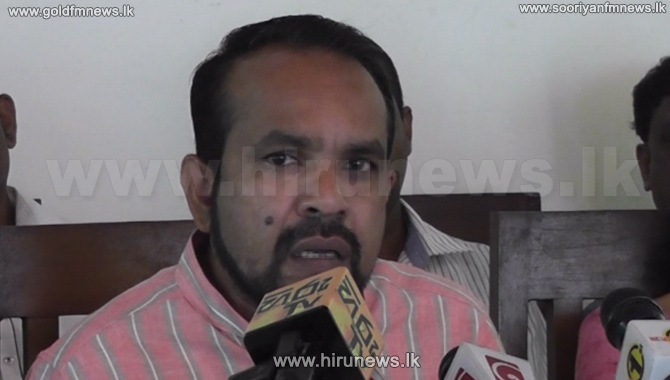 The Joint Opposition stated that it handed over its 9 th  petition under its move against corruption by the current government – TOP TEN - to the Bribery Commission and the CID today.

The 9 th petition was filed against Health Minister Rajitha Senarathna.

Addressing a media conference held in Colombo this morning, MP Ranjith Soyza said that the petition will be filed against some misappropriation that had been committed in importing anti cancer medication of 990 million rupees.

However, Minister Rajitha Senarathna answered the allegations made against him during the media briefing held to inform Cabinet decisions.