Police suspects Samayan murder an inside job; Details of suspects to be announced tomorrow 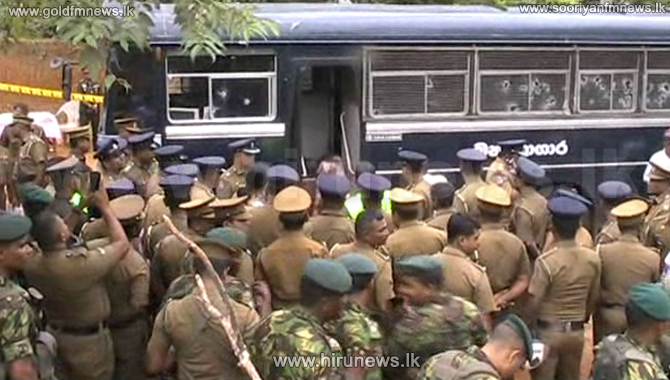 Police have initiated fresh investigations to ascertain whether a tip off was passed on to the assailants of Samayan and other 6 persons by some informants operating inside the prison.

A prison spokesman stated that the three member committee appointed to probe the incident has drawn special attention to this effect.

Meanwhile, investigations carried out so far revealed that 6 or 7 assailants have participated in the shooting spree.

In addition, it is confirmed that assailants have got in the Black Maria and committed the murders.

Police Media Spokesman DIG Priyantha Jayakody told our news team that photographs of the suspects will be released to the media tomorrow.

Police also said that the mastermind behind the seven murders and other accomplices has already been identified.

Meanwhile, special security has been provided at the Katunayake and the Mattala airports following police received information that some suspects have planned to flee the country on forged passports.