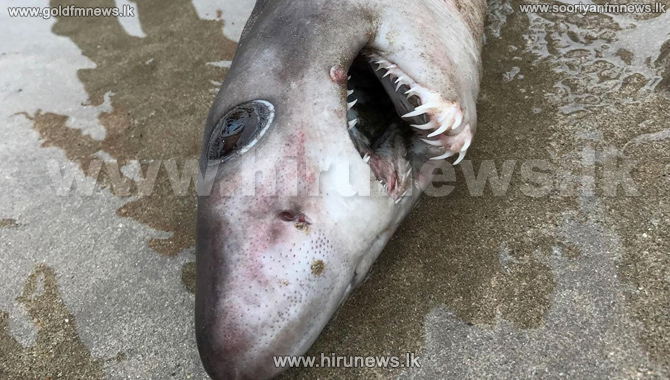 A tropical species of shark has been found on the UK coastline for the first time in recorded history, marine experts said.

A Crocodile Shark carcass was discovered on a beach at Hope Cove near Plymouth and was reported to the National Marine Aquarium.

Experts think the animal, normally found in tropical waters, may have died from the shock of UK's colder seas.

It is commonly found in Brazil and Australia growing to about 1m (3.3ft).

Steven Greenfields spotted the shark washed up on the beach while walking with his family.