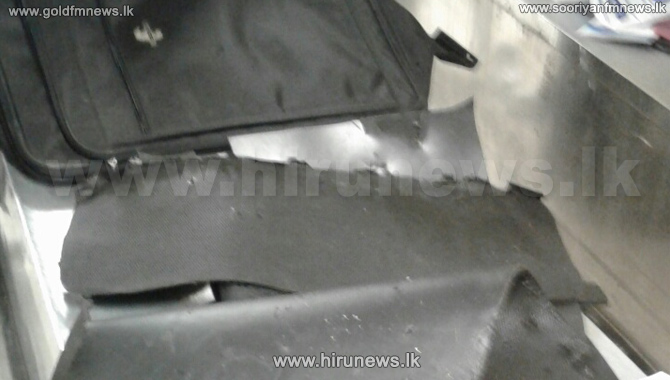 This was revealed when a Pakistani national was arrested this morning at Katunayake International Airport for attempting to smuggle in 5.5 kilos of heroin into the country.

3 carpets manufactured mixing heroine was discovered in the luggage of the individual.

It has come to light that the heroine was embedded in between two layers of rubber which was to be cut and sold.

Police also noted that the cut pieces were then burnt to obtain the necessary heroine for its use.

The police narcotics bureau noted that this is the first time drugs were smuggled in such a manner.

Meanwhile, the Pakistani national was arrested and produced before the Negombo magistrates court and the police narcotics bureau was permitted to detain the suspect for 7 days for questioning.