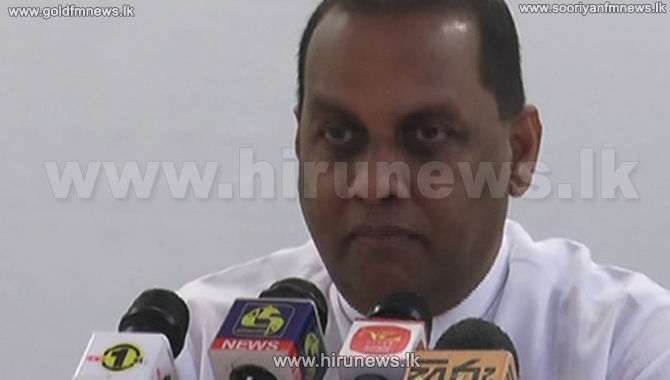 UPFA General Secretary Minister Mahinda Amaraweera has quoted one of the NFF MPs, who informed him that he is not ready to quit the Alliance.

Minister Amaraweera said that the 5 MPS from the NFF should hand over their resignations separately if they desire to leave.

He also said that the Speaker has been informed of the matter.

NFF leader MP Wimal Weerawansa informed minister Amaraweera in writing on February 23rd that his party would sever ties with the UPFA and remain in parliament as an independent group.

The Speaker is scheduled to announce his decree with regard to this matter tomorrow.

Addressing a media conference yesterday, NFF media spokesman Mohamed Musammil made these comments in response to questions asked by journalists in relation to the issue.