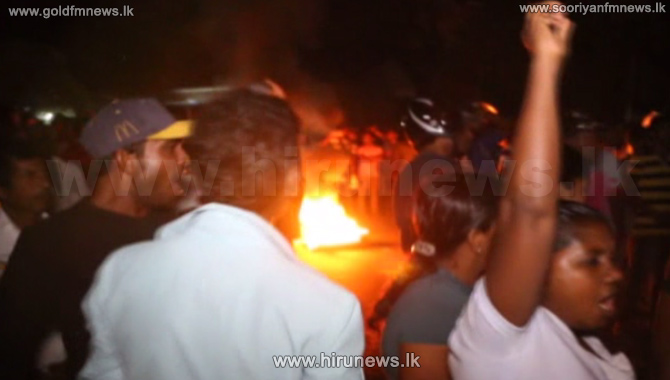 The eight persons who behaved in unruly manner in front of the Bingiriya police station are scheduled to be produced before Hettipola Magistrate.

The two policemen who were injured during the commotion last night have been admitted to Chilaw hospital.

35 motorcycles, a three wheeler and a mini lorry which were believed to have been used by protesters were also seized by police.

As a result of the commotion continuing on for over 5 hours, police were compelled to fire tear gas to disperse the protesters.