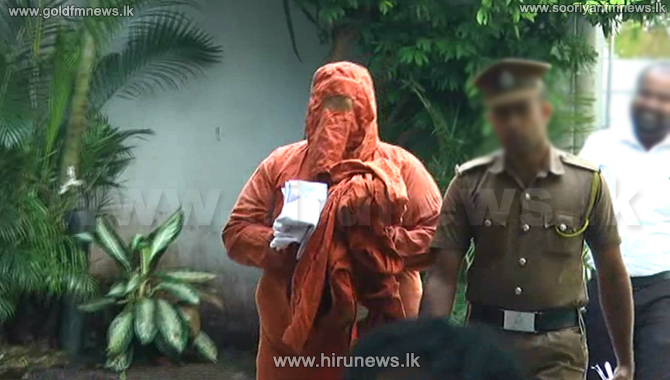 The 2 suspects who were arrested over their alleged links to the recovery of a body of a British national in Araliya Uyana, Maligawatte was remanded until 16th this month by the Hultsdorf Magistrate today (Jan. 04).

While issuing the order, Additional Magistrate Buddhika Sri Ragala asked the police to produce one of the suspects for an identification parade.

The officials of the Maligawatte Police arrested the 2 suspects last night in Maradana.

At the time of the arrest, the suspects had in their possession the passport, air ticket, cash and the wristwatch of the British national whose body was found on Tuesday (Jan. 02).