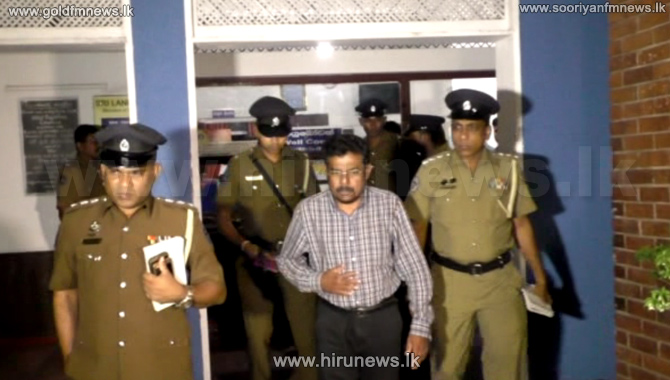 Minister Sagala Ratnayake requested the CCD to handover a complete report after probing the matter.

JVP Provincial Councillor Asoka Ranwala was arrested for threatening the Acting OIC and was remanded until the 19th of this month.

However, he is now receiving treatment at the Colombo North Teaching Hospital, under police protection.

It is reported that Asoka Ranwala had visited the Sapugaskanda police station on Thursday night (Jan. 04) and had demanded the release of a suspect who had been arrested in connection with a house burglary in Heiyantuduwa.