Five human heads found on a taxi bonnet in Mexico 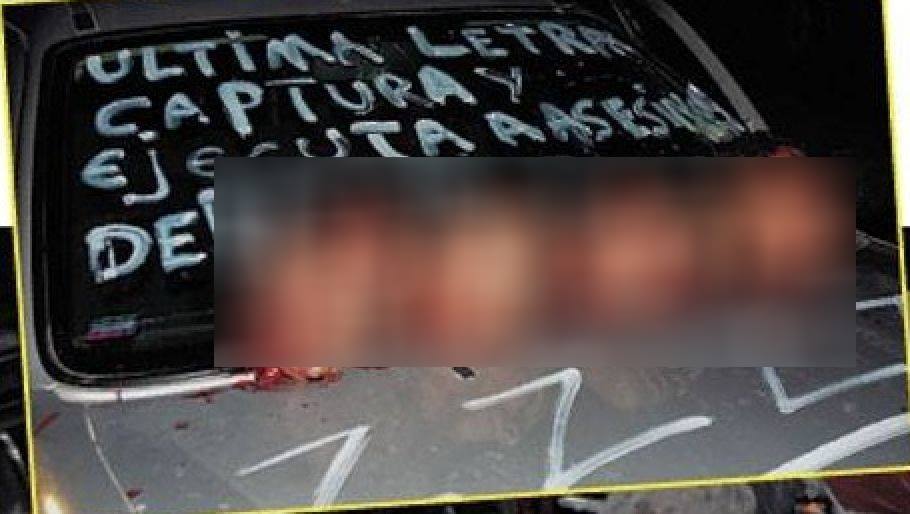 The severed heads of five people have been found on top of the bonnet of a taxi in Veracruz, Mexico, local media reports say.

The vehicle had been abandoned on the side of a road.

The torsos of the victims were found in black plastic bags inside the car and in its boot, sources quoted by the Mexican media said.

The taxi had graffiti on its bonnet, linking it to the Jalisco New Generation drug cartel.