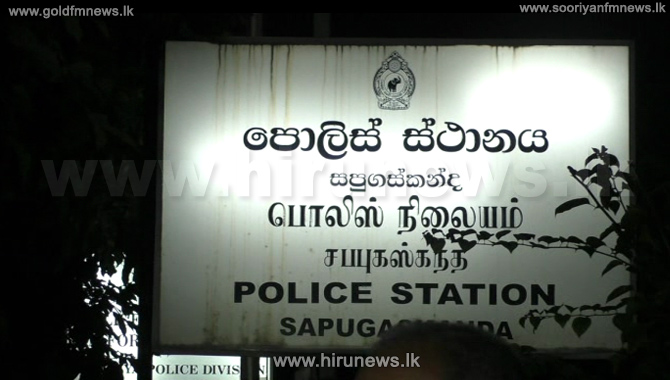 The Minister has however advised executing the transfer after seeking permission from the Election Commissioner.

The initial report on the investigation into the incident involving JVP Provincial Councillor Ashoka Ranwala and the police officer was handed over to the Minister this morning (Jan. 06) by the Colombo Crimes Division.

Minister Sagala Rathnayake has made this decision based on the recommendations of the report.

The report has highlighted that there are shortcomings in both parties with regard to this incident.

Police yesterday stated that Provincial Councillor Ashoka Ranwala was arrested for allegedly threatening Acting OIC of Sapugaskanda Police.
The Councillor was later remanded until the 19th of this month.
However, the councillor is currently receiving treatment at Ragama Teaching Hospital under the protection of prison officials.
He said he was assaulted by the police officer.