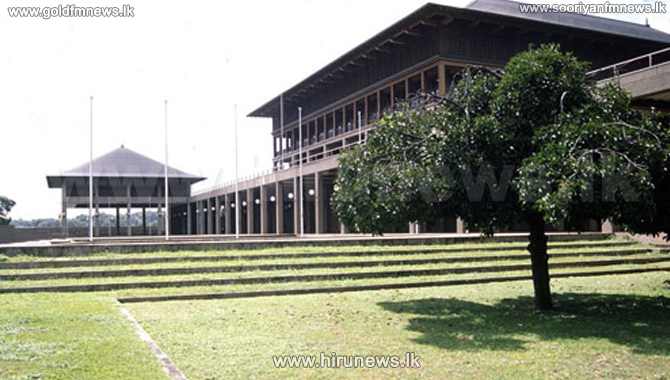 A special Parliamentary session is scheduled to be held today (Jan. 10).

Responding to questions posed by our news team, the Acting Secretary General of Parliament,  Neil Iddawala said that if the report of the Presidential Commission of Inquiry on Central Bank bond controversy is received, it would be tabled in Parliament today.

However, the debate on the report would not be held today.

The Joint Opposition, JVP, and SLFP had also requested the Speaker Karu Jayasuriya to convene the Parliament to debate the Bond report.

The PM would reportedly make a special statement in Parliament when the sessions began.