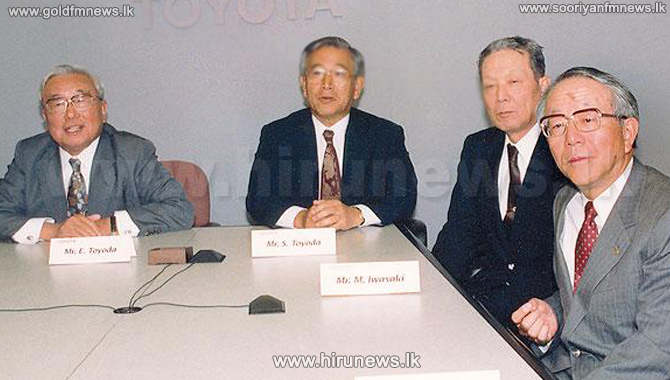 Tatsuro Toyoda, the American-educated son of the founder of the Toyota Motor Corporation and a major figure in the company’s international expansion, has died.
He was 88.
The cause was pneumonia, the company said on Saturday in announcing his death. It did not say where he died.
Toyoda served as Toyota’s seventh president, from 1992 to 1995, and led the company’s first American factory, an unprecedented collaboration with General Motors that fused Japanese factory methodology with the American labor force and union system.
Born on June 1, 1929, in Nagoya, Japan, Toyoda was the grandson of Sakichi Toyoda, who started Toyoda Automatic Loom Works in 1926.
His father, Kiichiro Toyoda, founded the Toyota Motor Company in 1937. The company name is spelled and pronounced with a “T,” instead of the “D’’ as in the family name, because it was considered to bring luck, according to fortune-telling.
He worked for Toyota in Australia, North America, and Africa, returning to Japan in 1974 as a director.
Toyoda favored an egalitarian workplace culture, eschewing executive parking garages and dining rooms.
“I’ve seen Mr. Toyoda park way out in the parking lot when he’s arrived late,” said Joel Smith, the top official of the United Automobile Workers unit at Fremont. And he kept a very low profile throughout his career.
Toyoda, the automaker’s seventh president, stepped down from the position in 1995 while continuing in other posts, such as adviser, a title he held until his death.