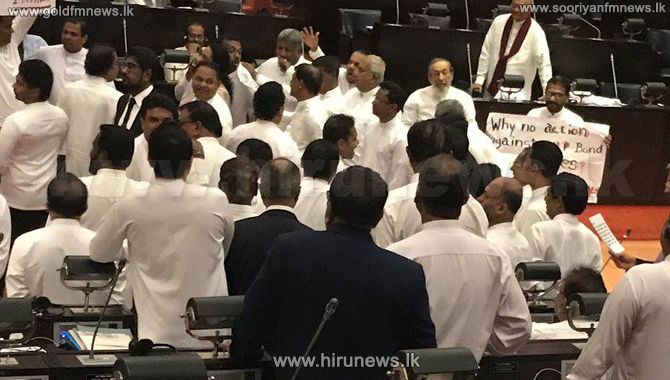 A tense situation erupted in Parliament today (Jan. 10) after the Prime Minister Ranil Wickremesinghe made a special statement with regard to the Central Bank Bond Incident.

Joint Opposition MPs walked to the well of the House and started to protest while displaying placards against the Prime Minister’s move.

At that moment, the Government MPs also walked in and it led to heated arguments among them.

It was reported several MPs have exchanged blows during the melee.

Later, the main political parties had convened media conferences to express their views on the incident.