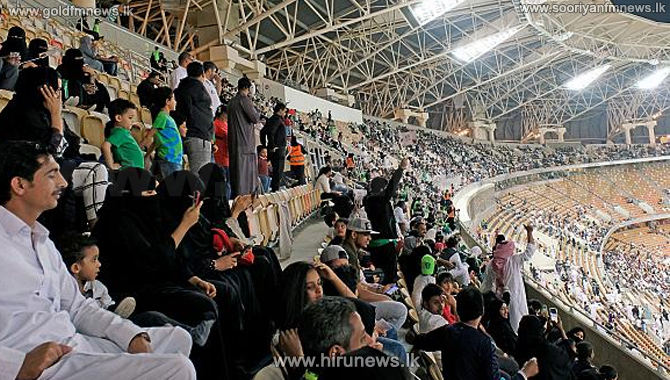 Saudi Arabia has for the first time allowed women to spectate at a football match, part of an easing of strict rules on gender separation by the ultra-conservative Muslim country.

Women fans filed into a stadium in the city of Jeddah on Friday, through family gates into family seating.

But even segregated as they were, their presence in the stadium marked a significant moment for the Kingdom.

It follows a series of reforms intended to modernise the country.