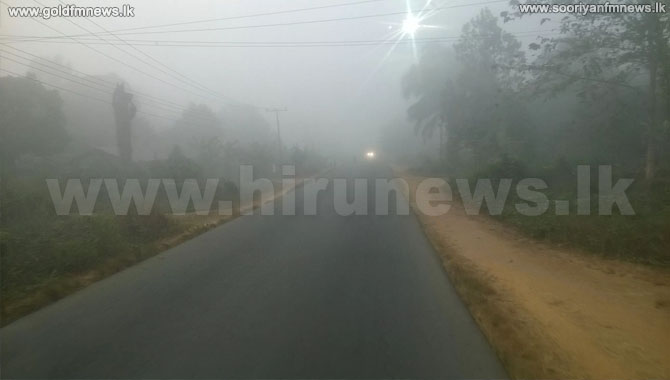 Met Department says that several spells of showers will occur in the Eastern and Uva provinces and in the Hambantota district.

Showers or thundershowers will occur at several places in the Western, Sabaragamuwa, Central and North-Western provinces after 02.00 p.m.

Fairly heavy showers (above 50 mm) can be expected at some places particularly in Western, Sabaragamuwa and Central provinces and in Galle and Matara districts.

Meanwhile, misty conditions can be expected at some places in the Western, Sabaragamuwa and Central provinces during the day.

According to the Director of the Department of Meteorology, S. Premalal, showery condition will decrease from two days and a dry weather will prevail.