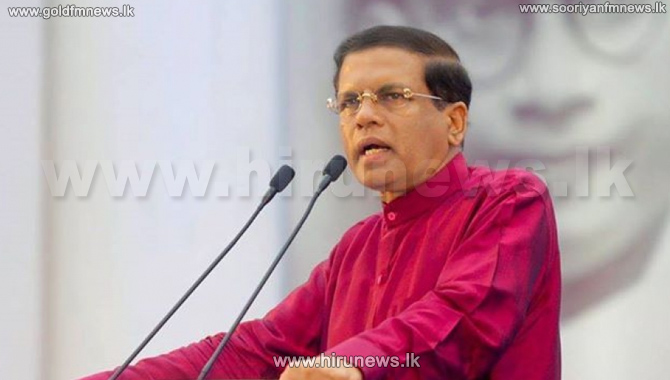 President Maithripala Sirisena has said that if those who are trying to create new parties have a political backbone, they should new parties after leaving the Sri Lanka Freedom Party.
The president said this attending a public gathering in Homagama yesterday Jan. 14).
The President further noted that the chairman and the Secretary of the newly established party, are SLFP members and their betrayal could be likened to the second Bandaranaike assassination.
President Sirisena also vowed to take stern action against those who commit bribery and corruption.