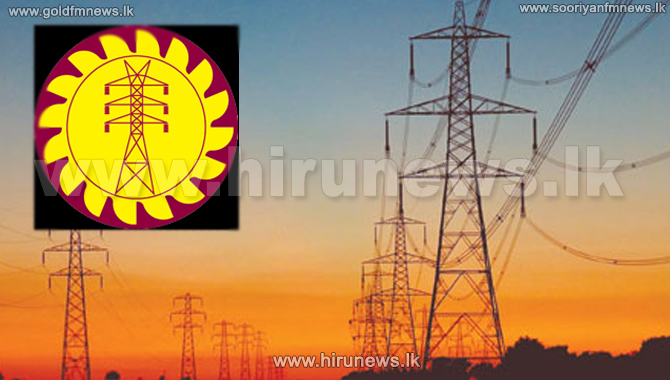 The Joint Trade Union Federation says that it has invited all the employees of Ceylon Electricity Board who are on strike to head to Colombo for a demonstration.

The convener of the Federation, Ranjan Jayalal told our news team that an indefinite strike was launched this morning (Jan. 18).

The CEB headquarters was surrounded by workers last night alleging that the management has increased the salaries only of the administrative staff.

Later, CEB chairman, W. B. Ganegala was held hostage in his office and police had to intervene to rescue the chairman.

The CEB workers launched the strike this morning accusing that they were assaulted during last night's demonstration.

Meanwhile, chairman of the Electricity Engineers' Association, Saumaya Kumarawadu said that CEB workers had been recently awarded a salary increment of 25%.

The spokesperson for the Ministry of Power and Renewable Energy, Sulakshana Jayawardana said that 90% of CEB workers have reported to work today despite the ongoing strike.