Bus inferno kills over 50 in Kazakhstan 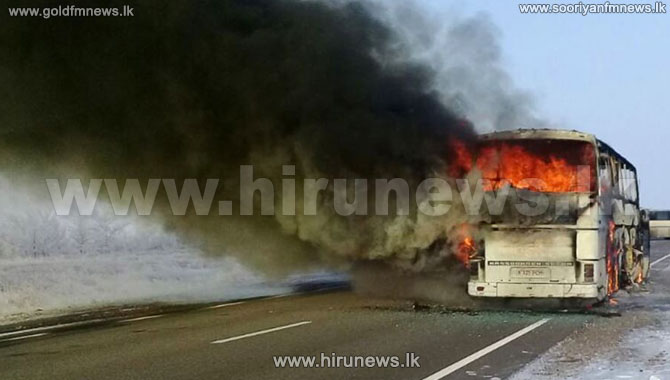 At least 52 people have been killed in a fire that broke out on a bus in Kazakhstan’s northwestern Aqtobe region, authorities say.

Aqtilek Kenes, the head of the regional Emergency Situations Department, told reporters today (Jan. 18) that all of the victims were citizens of Uzbekistan.

Officials say the bus caught fire at 10:30 a.m. local time about 10 kilometers from the village of Qalybai on a highway that links the Russian city of Samara with Kazakhstan’s southern city of Shymkent.

He said the bus was registered in the country's South Kazakhstan region.

Authorities said the bus had begun its journey in Shymkent and was traveling to Russia.

They said most of the passengers were thought to be Uzbek migrant workers.