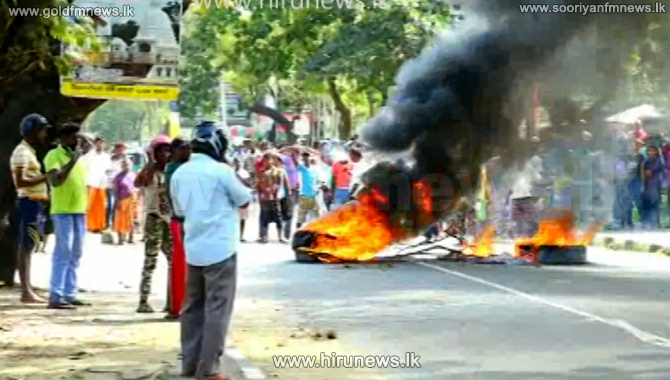 Police Special Task Force continues to be in place in Kataragama after an individual was shot dead by Police.

The individual was killed after police opened fire at a motorcycle which disregarded police orders to stop, in the Kataragama town.

A Police Constable had opened fire at around 10.55 last night and he has been placed under arrest.

The pillion rider was also injured after falling off the motorbike due to the shooting.

However, he said that police opened fire after they had pulled over.

After the 44-year-old rider succumbed to his injuries, residents in the area had behaved in an unruly manner and had even hurled stones at the police.

Tear gas had been used to bring the situation under control.

Residents once again commenced a protest at around 9.30 this morning(Jan.21) before the Kataragama Police.

An investigation is underway headed by the OIC and Superintendent of Police in Tangalle and statements have been obtained from nearly 20 persons so far.