Dates for bond debate to be decided 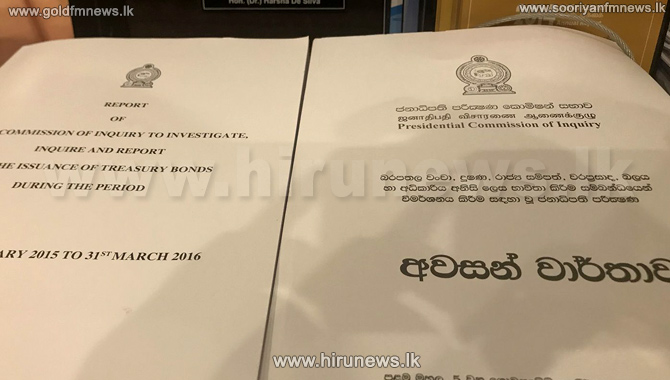 A special party leaders’ meeting will be held today (Jan. 24) in order to schedule dates for the debate on the bond report and the 34 investigative reports on serious frauds and corruption.

The meeting,  chaired by Speaker Karu Jayasuriya will begin at 2.30 pm.

Meanwhile, the bond report and the 34 reports containing the serious frauds and corruption investigations were tabled in Parliament yesterday.

The decision to table those reports were taken at the previous party leaders' meeting.

At this meeting, the opposition party leaders demanded to have a debate on those reports.

Accordingly, the dates for that debate will be decided at today's meeting.