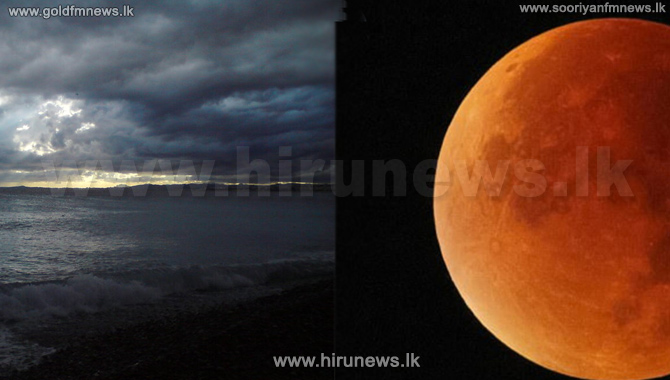 A rare lunar triple threat will be visible in the skies as long as it’s not too cloudy.
It will not only a blue moon and a supermoon but also a total lunar eclipse, all rolled into one.
There hasn’t been a triple lineup like this since 1982 and the next won’t occur until 2037.
The appearance of the moon will remain red for about an hour and 20 minutes until it starts to emerge out of the earth’s shadow.
A blue moon does not mean that the moon would become blue.
It is the second full moon in a month.
Totality will last more than an hour.
NASA plans to provide a live stream of the moon from telescopes in California and Arizona, beginning at 3:30 am MST.
The lunar eclipse will take place at around 4.21 pm tomorrow (Jan. 30).
The Sri Lankans could see the latter part of the eclipse it means from 6.15 pm to 8.41 pm.