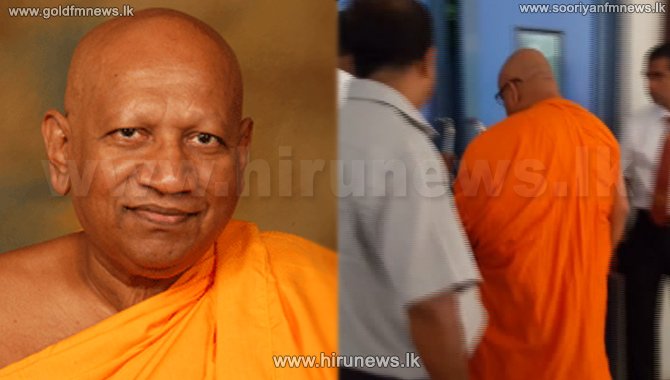 Venerable Bellanwila Wimalarathana Thera has passed away at a private hospital in Colombo, following the attack of a temple elephant.


The incident occurred yesterday morning(Feb.03) when the Thera was serving food to 'Miyan Kumara' a tamed elephant at the temple.

Venerable Thera was taken to Kalubowila Hospital and was admitted to the Intensive Care Unit, and later was transferred to a private hospital yesterday afternoon.

Professor Venerable Bellanwila Wimalarathana Thera was the Chancellor of the University of Sri Jayewardenepura  since 2000.

Prior to his appointment to the post of Chancellor, Venerable Thera held the position of Professor, associate professor, lecturer and visiting lecturer, respectively, at the Sri Jayewardenepura  University.

Also, Venerable Thera has been Visiting Professor at the School of Oriental and African Studies University of London, United Kingdom.