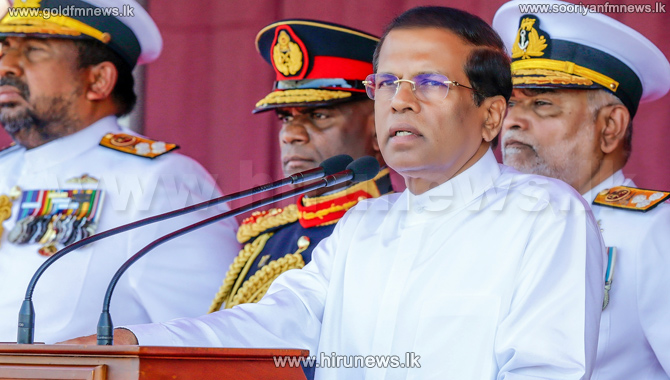 President Maithripala Sirisena says the fight against corruption is the self-defence of the nation and it is an imperative need of the era.

He said that corruption has become one of the main impediments to the progress towards prosperity, which is the aspiration of all citizens.

Addressing the nation on the occasion of the 70th independence anniversary celebrations at the Galle Face in Colombo today (Feb. 4), the President said that a broad national movement against corruption is essential for the self-defence of the march towards the progress of the country.

The President said bribery, corruption, frauds, and malpractices is the most adverse impact on the economic independence of the country, hence all the politicians should fulfill their duties in an exemplary manner.

Stating the importance of identifying development priorities, the President pointed out that there were adverse repercussions due to the implementation of personal agendas in development strategies.

Emphasizing the need for financial discipline, President Sirisena said politicians, as well as public servants including every head of departments fulfilling the responsibilities towards the people, must act with utmost fiscal discipline.

There is a requirement of a national movement against corruption in order to establish a clean political culture and such a collective movement must be mobilized with the participation of the intellectual community of the country, he said.