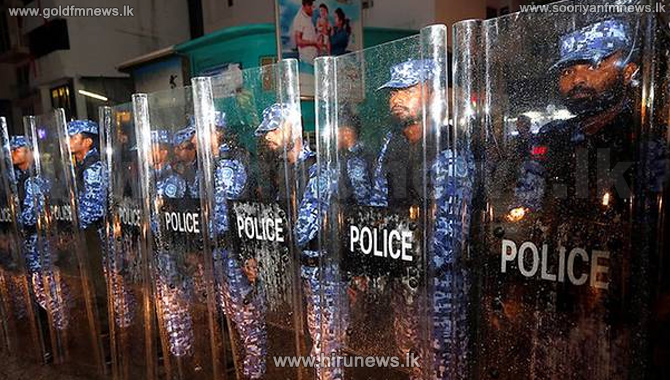 Maldives police have arrested the country's chief justice of the Supreme Court as a political crisis worsens in the Indian Ocean nation.
Chief Justice Abdulla Saeed and another judge, Ali Hameed, were arrested hours after the government declared a state of emergency.
No details were given about the investigation or any charges.
The turmoil began when President Abdulla Yameen refused to obey a court order to release political dissidents.
Former President Maumoon Abdul Gayoom, who has allied himself with the opposition, was detained at his home.