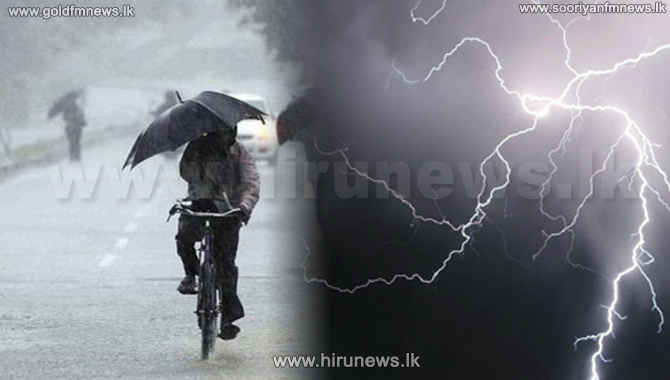 The MeT department says that heavy showers can be expected until the 18th of this month due to the activation of the inter-monsoonal condition around the island.

The department in a communiqué urged the public to be cautious of strong winds and lightning.

The highest rainfall in the 24 hours that ended this morning at 8.30 was recorded from Avissawella with 84.5mm.

Meanwhile, the body of the 46-year-old woman who has swept away while she was crossing a footbridge in Pallewela – Kandekatiya – Badulla was found this morning.

Additionally, vehicular movement along Parana Eluwankulama – Puttalam road was restricted this afternoon due to spilling over of the Kala
Wewa.


Meanwhile, all 5 spill gates of Udawalawe Reservoir were opened this morning as the reservoir had reached spill-over level.

Deputy Director and Duty Engineer of the Sri Lanka Mahaweli Authority, Sujeewa Gunasekara said that water is being released at a rate of 6,000 cubic feet per second to Walawe River at the moment.