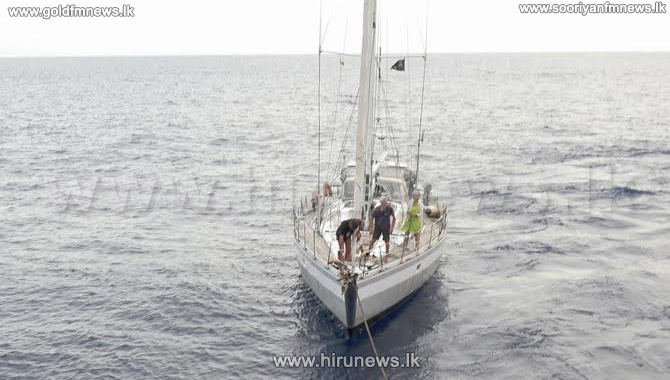 Sri Lanka Navy's Advanced Offshore Patrol Vessel SLNS Sayurala assisted a foreign yacht named "Sandetie" which had distressed in deep seas 72 nautical miles off Galle Light House.
The yacht owned by a French firm was heading towards Iceland from Trincomalee.
Four persons including a woman were onboard the vessel.
The yacht was in distress due to an engine failure and after receiving information Sri Lanka Navy promptly dispatched SLNS Sayurala for the rescue of the yacht in distress on Saturday (Apr. 14).
The rescued ship with its crew was towed to Galle harbour and subsequently handed over to the private shipping company which provided services for onward action.