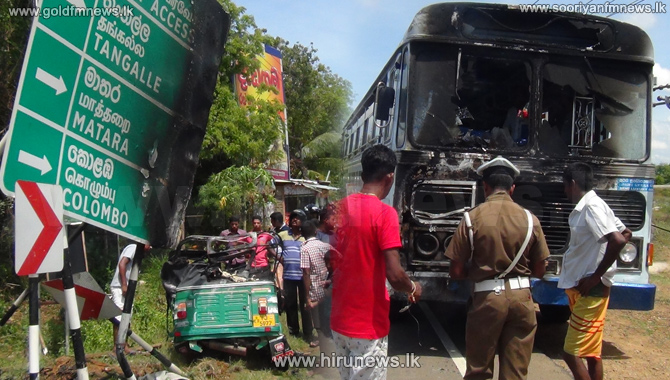 A three-wheeler caught fire after it collided with a private bus in Sisilagama, Ambalanthota this morning (Apr. 16).
The three-wheeler was completely gutted while the fire damaged the front side of the bus as well.
Our correspondent said that a father, mother and two children of the same family were travelling in the three-wheeler and all of them had suffered burn injuries.
They were admitted to Hambantota Hospital and the sources said that the condition of the 9-month-old infant is critical.
Police said that the three-wheeler had entered the main road from the Katuwewa road and then had collided with the bus which was heading to Kataragama.