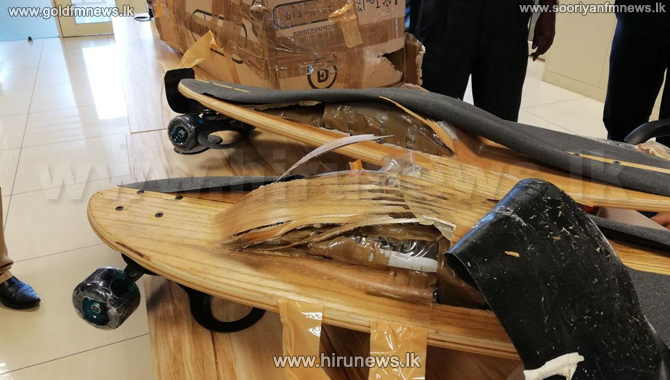 Ex. freelance journalist arrested with hashish handed over to PNB...

The former freelance journalist who was arrested at the Central Mail Exchange in Colombo with 1.4 kg of hashish yesterday (Apr. 17) has been handed over to Police Narcotic Bureau for further investigations.
The hashish quantity worth around Rs. 1.4 million had been sent hidden in a skateboard from Spain.
The suspect was arrested when he arrived at the CME, to clear the goods.
The 29-year-old-suspect is a resident of Nugegoda.