SLFP's "Group of 16" to write to Parliament Secretary General 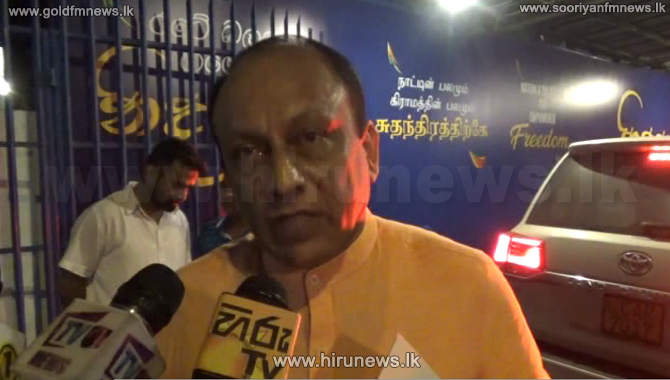 Former State Minister, Lakshman Yapa Abeywardana says that the Sri Lanka Freedom Party's "Group of 16" who recently quit the Unity Government would write to the Parliamentary Secretary General tomorrow (Apr. 20) informing him to arrange seating facilities for them in the Opposition.

Also, the defiant MPs had decided to submit a resolution to the SLFP Central Committee proposing the party to withdraw from the Unity Government.

This decision was taken at a meeting of the defiant MPs held at the private residence of former deputy speaker Thilanga Sumathipala yesterday.

MPs Dilan Perera, Chandima Weerakkody, and Lakshman Wasantha Yapa flew to London yesterday to inform this decision to the President.

Meanwhile, former Sports Minister Dayasiri Jayasekera participated in an event today where the Minister of Provincial Councils and Local Government, Faizer Mustapha assumed duties as the Acting Minister of Sports.