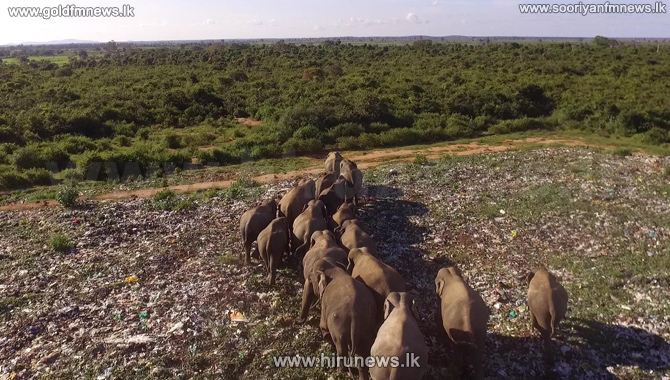 The garbage dump in Deegawapiya has become a nuisance for area residents as it has attracted wild elephants roaming in the area.
It is reported that garbage collected from the Kalmunai, Akkaraipattu and Samanthurai areas are dumped here.
However, the place has not been properly maintained.
The area residents say that wild elephants that come to this place are now encroaching their cultivations in the night and destroy them.
Meanwhile, Amparai Wildlife Office said so far 6 wild elephants have died after consuming garbage.
The area residents say that the authorities should take steps to maintain this garbage dump properly.