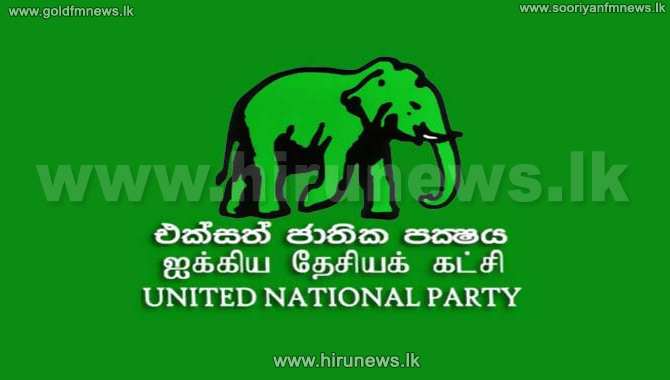 The United National Party has announced changes to the party hierarchy.

The new changes are:

These changes have been made following a meeting between party leader Ranil Wickremesinghe and the members of the special committee appointed to make recommendations.

Other changes will be announced tomorrow.

These will be sumbitted to UNP Central Committee meeting to be held tomorrow.