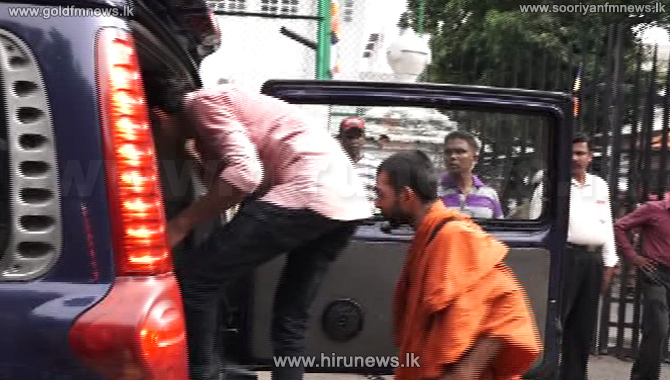 The 10 undergraduates including a student-monk, who were arrested this afternoon, while attempting to enter the University Grants Commission forcefully, have been remanded.

They were remanded until 1st of May.

The undergraduates staged a protest a march, stating that a decision has been taken to not to admit students for Buddist Philosophy subject in the universities for the next year.

When they attempted to enter the UGC premises, police used tear gas and water cannon to disperse the protestors.

Thereafter, 10 of the protesters were arrested.