Korean leaders agree to work towards a nuclear-free peninsula 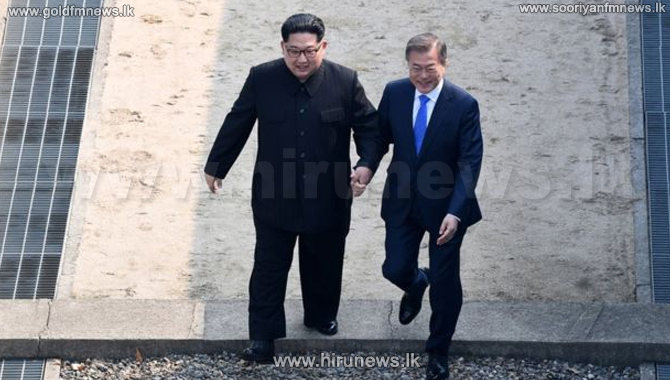 The leaders of North and South Korea have agreed to work to rid the peninsula of nuclear weapons after holding a historic summit.
The announcement was made by the North's Kim Jong-un and Moon Jae-in of South Korea after talks at the border.
The two also agreed to push towards turning the armistice that ended the Korean War in 1953 into a peace treaty this year.
It comes just months after warlike rhetoric from North Korea.