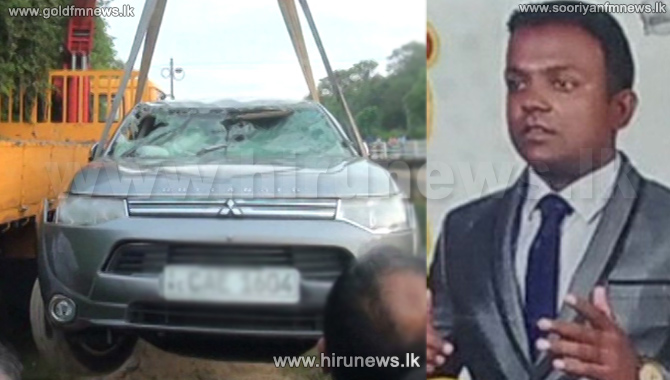 The tuition master who was reported missing after his luxury vehicle was salvaged from Viyana canal, has surrendered to police.

He had surrendered to Mahiyanganaya police this morning (Apr. 28).

He was a resident of Hingurakgoda and had left home saying that he's going to Kataragama.

Earlier, 4 police teams were deployed to locate him.

The Mahaweli Authority also restricted water supply to the Viyana canal in an attempt to find the missing person.

During the recent, past 6 persons were killed after vehicles had fallen into this canal.

Then President ordered the Mahaweli Authority build a protective fence along the canal.

Rs. 26 million was also set aside.