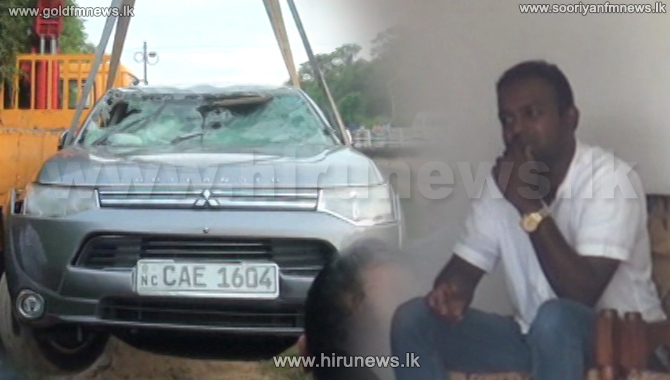 The tuition teacher who was reported missing after the luxury jeep driven by him fell into the Viyana Canal and then surrendered to police has been released on bail.
He was produced before Mahiyanganaya Magistrate, Nalaka Weerasinghe this morning (Apr. 29). He is accused of misleading police.
Thereafter, the Magistrate ordered the tuition teacher to be released on 2 personal sureties of Rs. 100,000 each.
The case will be taken up again on 26th of June this year.