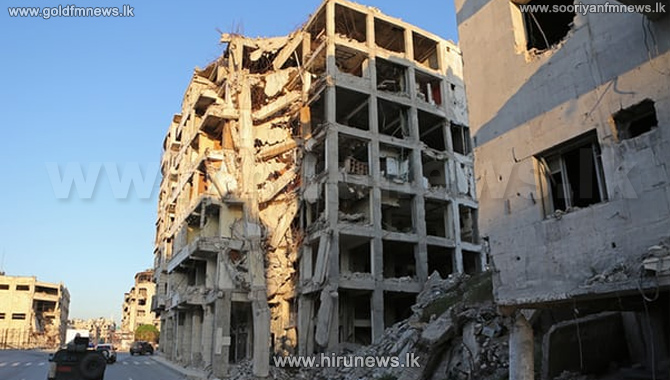 Missiles hit a number of military sites in northern Syria on last night, state media say, with unconfirmed reports of dozens of fatalities.
The Syrian military said facilities in Hama and Aleppo provinces were struck.

It did not immediately report any casualties. But a UK-based monitoring group said 26 pro-government fighters were killed, most of them were Iranians.

It is not known who was behind the attacks. Western nations and Israel have previously hit sites in Syria.

Earlier this month, the US, UK and France bombed three facilities they said were associated with the Syrian government's alleged chemical weapons programme.

Israel is meanwhile alleged to have hit an airbase in Homs province reportedly serving as an Iranian drone command centre and containing an advanced Iranian air defence system.

Seven Iranian soldiers were among 14 military personnel killed in that attack.

Israel has repeatedly vowed to stop its arch-enemy Iran from strengthening its military presence in Syria, Iran's closest ally.