Cabinet swelled to 42, State and Deputy Ministers to be sworn in tomorrow 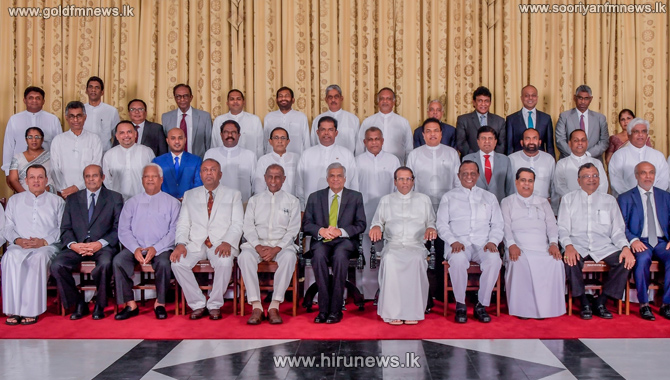 18 Cabinet Ministers were sworn in today (May 01) before President Mathiripala Sirisena at the Presidential Secretariat.

MP Wijeyadasa Rajapakshe was reappointed to the Cabinet and he was sworn in as the Minister of Higher Education and Cultural Affairs.

However, 19 Cabinet positions were not changed and with the new postings today, the total number of Cabinet Ministers have risen up to 42.

At present, there are 24 State Ministers and 21 Deputy Ministers in the government.