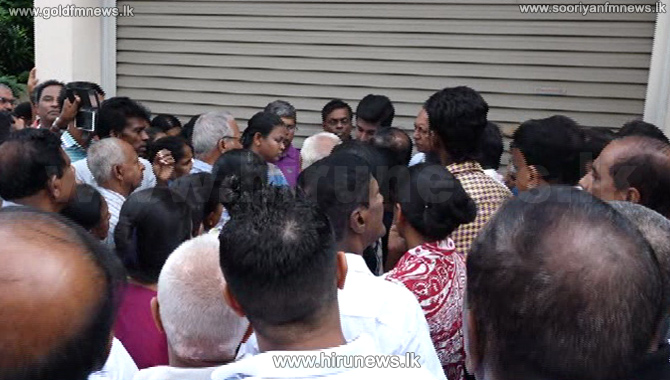 A group of depositors staged a protest at the ETI Finance Limited urging the authorities to repay their money.
ETI is a company attached to Edirisinghe Group.
These types of protests have been held a number of times by the depositors as of now.
The aggrieved depositors started a protest march from nearby the ETI Head Office in Ward Place and proceeded towards the President's Official Residence in Mahagamasekera Road.
These people who had come there with an intention of collecting their money demanded to return their savings and remove the 4 directors of the company.