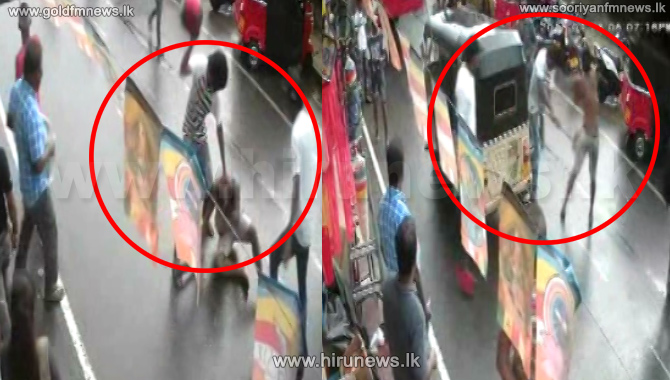 The student who was arrested for allegedly assaulting a school cricketer from Maliyadeva College, Kurunegala has been produced before Kurunegala Magistrate Court.
He will be produced before an identification parade.
The student who was brutally attacked by several individuals could not attend the court today (May 04).
The 16-year-old student was attacked on the Tissa Mawatha in Kuliyapitiya by a group that included a defeated Sri Lanka Freedom Party candidate for Kuliyapitiya Pradeshiya Sabha.
The victim who was attacked with a helmet and a shovel were, first admitted to Kuliyapitiya Hospital and thereafter he was transferred to Kurunegala Teaching Hospital.
The incident was recorded in a CCTV camera installed at a nearby building...