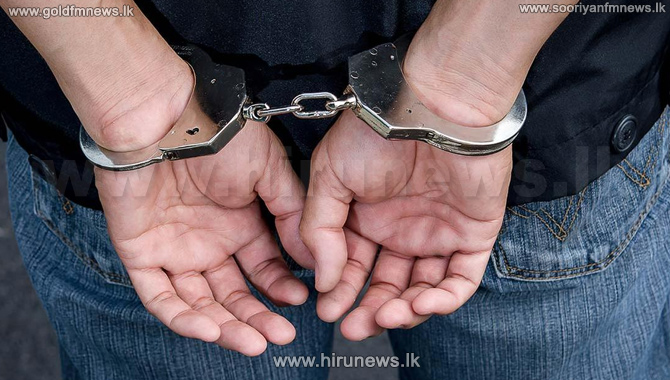 On 4th of April, two persons who had arrived on a motorcycle had threatened another person with a weapon who was travelling on another motorcycle and robbed gems worth Rs. 18 million.

The robbery was investigated by the Beruwala Police and yesterday (May 04), 3 suspects were arrested along with the stolen gems.
The motorcycle used for the robbery and another car which was used to sell the gems were also apprehended by police.

The suspects aged 24, 31, and 35 are residents of Embilipitiya and Anuradhapura.

They will be produced before Kalutara Magistrate today.