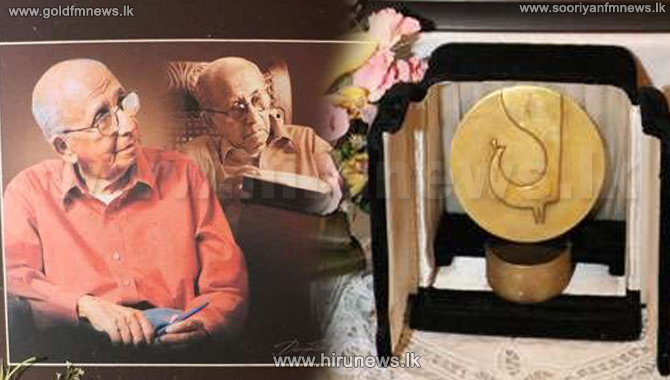 The lifetime award of late Lester James Peries' which was missing since May 2 has been found.

It is reported that the missing honourary award was abandoned at a bus in Colpetty.

Police said that the award was found inside a Kaduwela - Colpetty private bus at around 8 am today (May 05).

Then the driver and the conductor of the bus have informed the Colpetty Police about it.

Now the award is in the custody of the Colpetty Police.