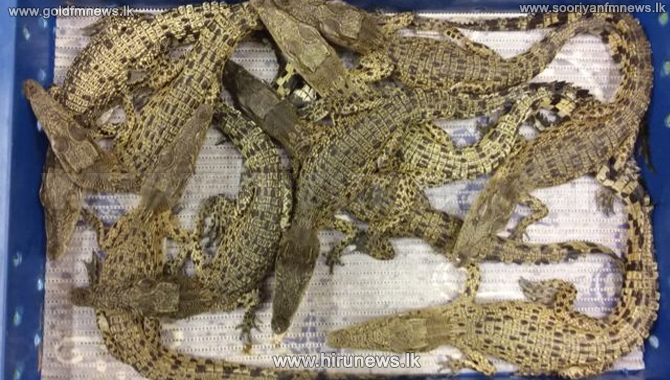 Fifty crocodiles have been seized at Heathrow airport after their transport conditions breached regulations.

The year-old reptiles, which arrived on a flight from Malaysia, had fought each other during the journey due to their cramped circumstances.

Each of the five transportation boxes used had room for four crocodiles - but 10 foot-long animals were in each one.

A Border Force spokesman said, "little attention" had been paid to the crocodiles' welfare.

One crocodile has since died.

The animals had been destined for a farm in Cambridgeshire - where they were to be bred for meat - but are now being cared for by officials from the Convention on International Trade in Endangered Species (CITES).

The remaining 49 crocodiles will be re-homed, a Home Office statement said.