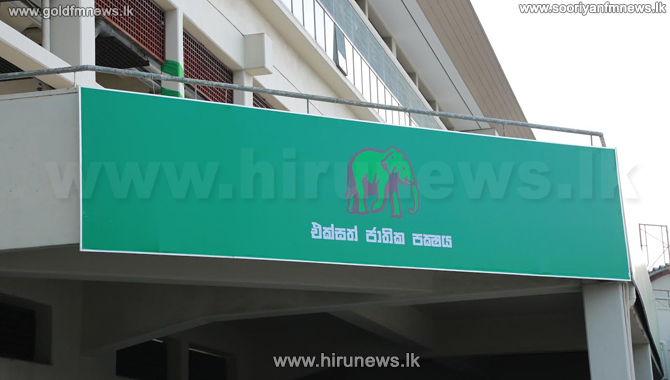 The United National Party will stage its May Day rally at the Sugathadasa Indoor Stadium in Colombo today (May 06).
It will be held under the patronage of the UNP leader Ranil Wickremesinghe.
However, it was reported that several backbenchers of the party are skipping the rally.
State Minister Range Bandara said that he's sick and he would attend the rally only if is recovered during the day.
Meanwhile, Badulla district MP Chaminda Wijesiri said that he's critically ill and will not be able to attend it.
Matale District MP Ranjith Aluvihare said due to the issues in the party he won't attend today rally.
Meanwhile, UNP General Secretary Minister Akila Viraj Kariyawasam yesterday visited the Sugathadasa Indoor Stadium for an inspection visit to check the arrangements.